Veronika Di Luna was GÉANT’s project manager for the CAREN3 Project, the last of a series of successful initiatives bringing high-speed connectivity and enhancing scientific collaboration for the R&E communities in Central Asia. CONNECT interviewed her about the project’s achievements and the continuation of its legacy through the CAREN CC.

First part in a series of interviews on the CAREN3 Project. Read here Part 2 – Robert Janz and Part 3 – CAREN CC.

Veronika, why is CAREN such an interesting case and what did it mean for research communities in Central Asia?

Central Asia is a complex region, standing on the geopolitical crossroads between Asia and Europe, and it’s extremely rich in natural resources, culture and history. In terms of Research and Education, the CA countries (Kazakhstan, Kyrgyzstan, Tajikistan, Turkmenistan and Uzbekistan) have a vast potential and count on solid traditions, with roots in their Soviet past. However, the area also suffers from being geographically isolated, with mountainous or desert regions and being far from the sea, and making physical connections with the rest of the world – by land or air – has always been difficult. Having family in Turkmenistan and having lived there myself at a young age, I personally remember travelling for days and days with my parents in order to get there. But while physically reaching those countries might still be quite complex, it can now be easy in a digital environment.

In that respect CAREN served as the enabler of Digital Highways for the R&E communities in Central Asia, offering students, academics and researchers the opportunity to collaborate and take part in global initiatives.

More than a project, CAREN has been a programme, running for 10 years, responding to tangible needs of these communities and significantly contributing to the reduction of their digital divide. Furthermore, it produced real use cases and allowed R&E communities in CA to grow, prosper and communicate in an international arena through high-quality and high-speed internet connection and using many of the services that the GÉANT community provides.

It was highly beneficial for the region that the European Union could create this opportunity by providing funding to CAREN projects for the past 10 years. In this respect we at GÉANT believe that investment in or funding for NRENs or regional RENs supports and enables the national and regional digital agendas.

Expanding on your last point, in what ways did the NRENs in the region benefit from the collaboration with GÉANT?

Similarly to other international projects managed by GÉANT, together with our partners in CA, we focused on four main directions:

Overall, what are the project achievements you are most proud of?

When the project started back in 2009, NRENs were already established but we were lacking a legal entity that would act as regional coordinator.

In my opinion, one of the major achievements of the project was the establishment of the CAREN Cooperation Center (CAREN CC), that was established in 2017 and that took the lead on behalf of all NRENs. From GÉANT’s point of view we see a strong value in having regional coordinators, to facilitate work with international donors, aggregate the demand and spread the knowledge.

Of course, other key achievements were also the stable and high-quality internet connectivity, going all the way back to Europe, and the introduction of key services such as eduroam and eduGAIN.

CAREN3 is the last successful chapter in a series of collaboration initiatives in Central Asia. What does the project owe to its predecessors?

The history of networking in Central Asia goes back decades, to the SILK project initially funded by NATO. Ever since then there was a succession of different projects that helped the establishment of NRENs, engagement of the R&E community and networking. Since 2009 the European Union (through DEVCO) started funding the series of CAREN projects, coordinated by GÉANT. During my past six years at GÉANT, I participated in various roles in CAREN and succeeded GÉANT’s David West in the project manager role.

It should be noted however that David was the main lead during most of the project’s lifetime and that he has been instrumental in its success, together with a strong team of people who worked together for the past 10+ years. Among them Istvan Tetenyi from the Hungarian Institute for Computer Science and Control (SZTAKI), CAREN technical coordinator and closely collaborating with GÉANT in procurement, technical management of the services and network roll-out; Robert Janz, based at the University of Groningen and involved since the initial NATO projects; Askar Kutanov, pioneer and ambassador of the initiative in Central Asia and current director of the CAREN CC; Zarlyk Jumabek Uulu leading the CAREN Network Operations Centre (NOC). 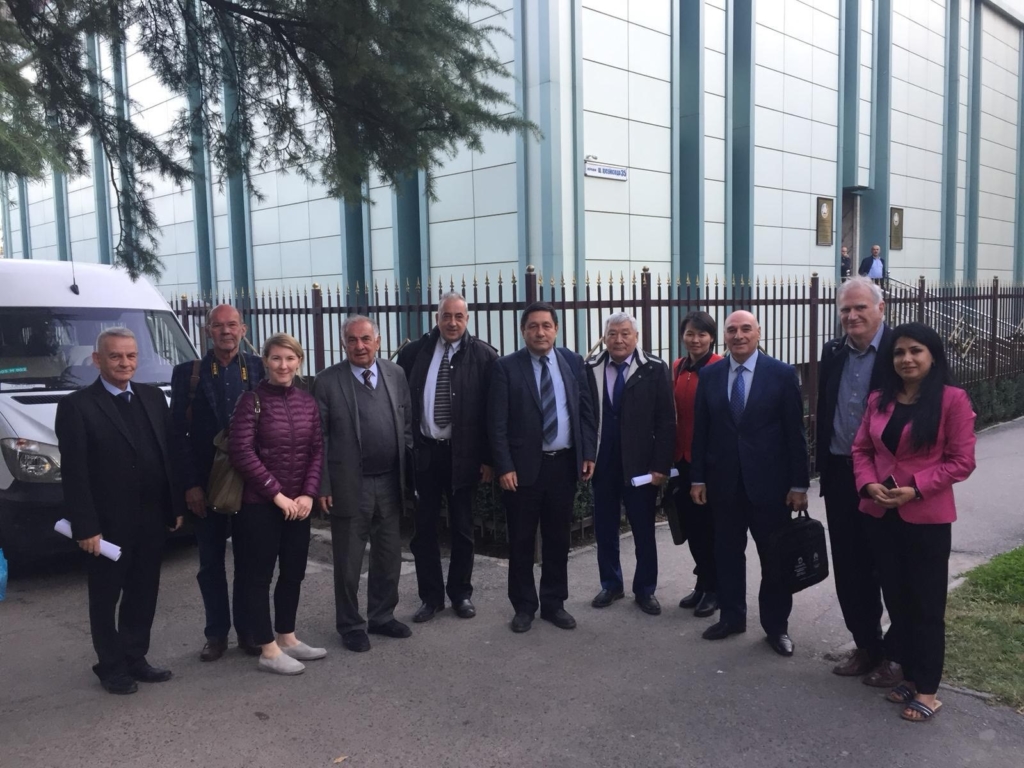 After more than 10 years, the project just came to a conclusion in December 2019. Will this mark the end of CAREN?

Here we need to make a distinction between CAREN as a project, CAREN as a regional body and CAREN as a network for Central Asia. So yes, unfortunately the European Union was unable to secure sufficient commitment from the Central Asia governments to continue with a CAREN project. This is very unfortunate, especially in light of the recently published strategy on EU-Asia connectivity, with which the CAREN project was very much in line.

However, CAREN as a regional network remains connected to GÉANT. In fact, following the end of the project, GÉANT and the CAREN CC signed a Memorandum of Cooperation [MoC], serving as a basis for our future collaboration.Together we will continue to work on improved connectivity between the two regions, and on fostering scientific collaboration between user communities in Central Asia and Europe, specifically in the areas of climate change, seismology, water management, telemedicine, cultural heritage, educational support and gender inclusion. Additionally, there will be further collaboration on the provision of services in the CAREN region and on joint marketing and visibility activities.

Equally, within the region, the countries involved will still collaborate and maintain the regional function, through the coordination of CAREN CC.

What are your expectations for the future of academic collaboration between Europe and Central Asia and what would you like to suggest to the new coordination team at CAREN CC?

I very much hope that there will be renewed funding opportunities for R&E Networks in Central Asia, or for a further phase of CAREN project, to support and build on the work we have done, address the requirements described by the strategy on EU-Asia connectivity, and also to promote and further develop the activities of the region. The contribution that Central Asia makes to global research is invaluable. In that respect I have high hopes and expectations. However, funding will be a key aspect to tackle: we will have to see how the current global pandemic will influence governments and I hope their digital agenda will remain a top priority.

My personal suggestion to the coordinator is to continue to be proactive, and to remember that GÉANT and CAREN CC share a history of collaboration which should continue. CAREN is part of our community, and we would also like to continue strengthening our relationship. It’s only through the power of human networking that we can improve together.

Read the next interviews in the CAREN3 series here: Part 2 – Robert Janz and Part 3 – CAREN CC.